“A rare look at (most of) the original pitch document from Bioshock, released by Irrational Games in two parts via its blog, back in 2010. Notable points? How much the publisher pitch was based around the game being a ‘spiritual successor’ to System Shock 2, and various clever but open-ended systems – like complex weapon modding – that didn’t end up making it into the final game in the same form.” 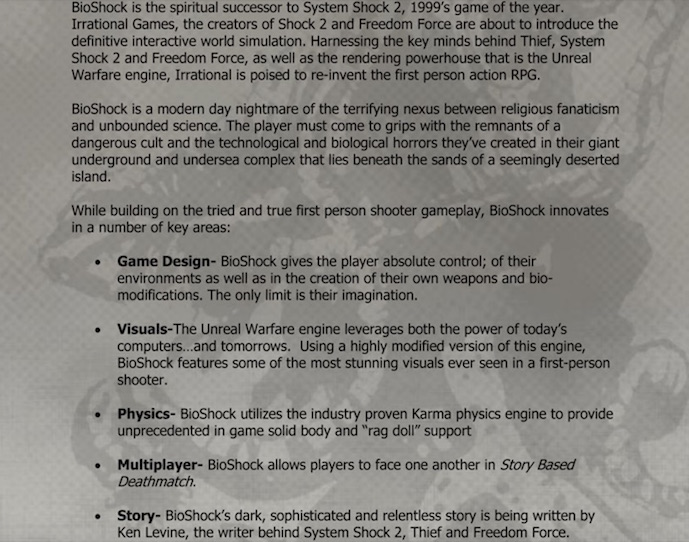 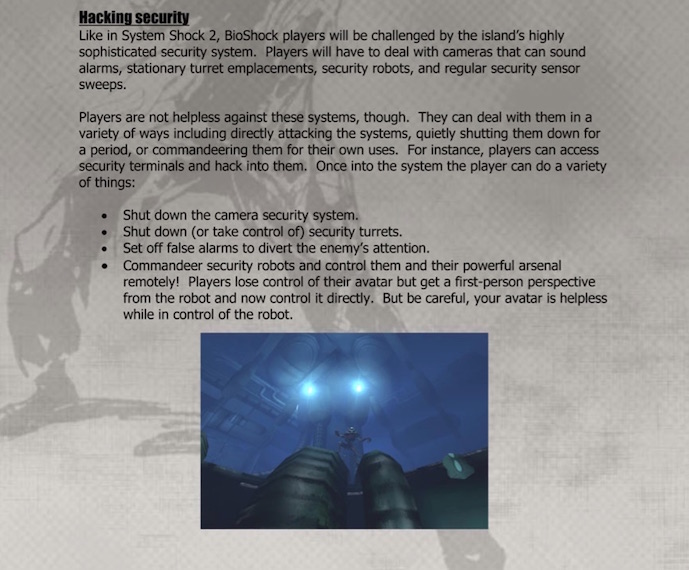 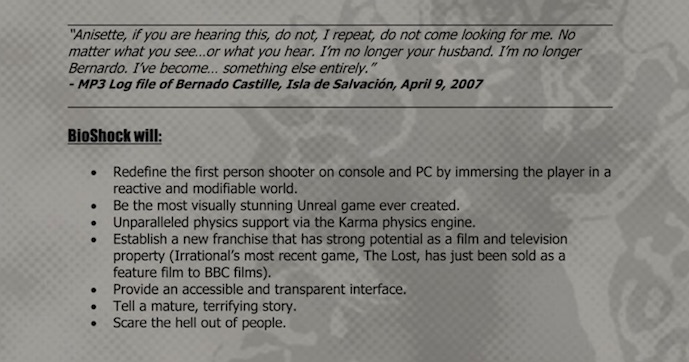